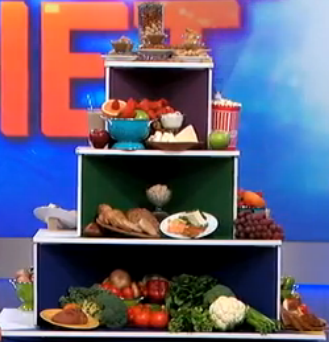 On December 31st, 2013 a new diet is going to be hitting the shelves: The Doctor’s Diet, a program designed by Dr. Travis Stork. The program is said to provide some great information on weight loss approaches Dr. Stork personally takes to maintain a healthy and fit lifestyle.

Though the initial reviews are still not in, it will be very interesting to see what this book actually talks about. To date, the latest is that there will be an initial 2 week “stat” program in which those who try this diet will undergo a restricted calorie regime, then as the program continues, restrictions on foods will be lifted and more flexibility will be provided. This is basically noted to be “reset” period in which the body will prepare the foundation for future weight loss under the Doctor’s diet.

Even though there is little information on what is actually going to be taking place within the diet, upon doing some very extensive research, I have found some awesome information those looking to try the diet will absolutely need to know. There are 2 known phases to this diet:

For 2 weeks, you will be eating low carb foods. There will be instances of other types of good groups (grains, fruits & nuts). I’ve been able to find a “pyramid” which features sample food lists you’ll be seeing during this phase.

This phase kind of reminds of the 17 day diet, whose 1st phase was also almost identical to this. Likely Dr. Stork may be utilizing the methods from that diet and maybe adding his own personal tastes into the mix. More details on STAT.

As you can see a large majority of your foods you’ll be eating in STAT will be vegetables & protein based foods. As for the rest…

I assume as the STAT plan continues, you’ll be allowed to eat other food groups on either rare occasions during this 2 week period or they’ll be allowed as you progress through the 2 week phase.

The next allowed foods will be grains and fruits. Based on the picture, you can see bread (whole wheat), grapes and even smoothies to be allowed.

The next level will allow more foods to be eaten including apples, oranges, watermelons and a small instance of dairy foods such as cheese.

The final level will allow for nuts. I assume the main food recommended here will be the walnut. If this is true, then it’s a great choice because it provides some great health benefits.

In the video below (which shows this pyramid), one of the people who tried the STAT diet (phase 1) said he lost 12 pounds in about 14 days. He did say it wasn’t easy, mostly because he was re-teaching his body to accept new ways of eating. I assume anyone whose gone through a similar low carb diet approach such as the one in this instance will probably feel right at home with STAT.

The next phase of the diet will probably go on for another 2 weeks. This is an assumption since most diets that have come out of the Doctor’s show have had some sort of organized time frame. What’s also common within them is each diet has phases. It is safe to assume the Doctor’s diet will follow in the same direction.

In this phase, more flexibility is given and the pyramid of foods changes. Here is a picture detailing how the new food list in the restore plan will look:

As you can see the lower end of the pyramid will be mixing up a lot of different food groups, from lean meat and fish, to grains.

As with the STAT plan, the same foods from the bottom 2 levels appear to be mixed into the lower level of the Restore plan.

The next level which I assume will probably be a celebration meal OR snack will involve basically a combination of the top 2 pyramids from the 1st phase. More details on phase 2.

The next level will be a strange one, but it will involve some carbs and even wine. If you look at the picture, you’ll notice…popcorn! A strange surprise there, but it will definitely bring diversity to this plan many dieters will be VERY interested in.

As for the highest level. I assume it’ll still be nuts, which most likely will be used as snacks to curb hunger cravings.

Conclusions about the Doctor’s Diet. Should you try it?

Dr. Travis Stork has a good reputation in the health community and has shown off some really effective diets in the past. I assume this one will again be VERY similar to the 17 day diet which by the also became popular through the Doctor’s show.

But should you try it? I wouldn’t say no. It does contain healthy foods. But it won’t be easy, at least not during the STAT period. However if there is ANY con I can find in this diet based on these presumptions, it’s that this diet is basically more of the same, but in a good way.

Diets like this have been coming out in the last several years. The Dukan diet tried to introduce phase dieting into 4 phases starting with a low-carb approach initially.

Then the 17 day diet did a similar thing, but allowed for much more flexibility and less time in doing it. It also has phases.

Now the Doctor’s diet is coming out and it looks like it’ll take it’s blueprint from these 2 diets. Not to say this is bad, but it isn’t as original as it’s being made out to be is all I’m saying.

Having been involved in dieting for years, I see diet trends pretty much remain the same. Year after year a new diet fad comes into the market promising the permanent weight loss solution. Though I will say this diet does look like it’s taking a truly healthy approach, I still wouldn’t surprised if the Doctor’s sooner or later come out with a new diet that will be almost identical to this one.

My advice has always been and always will be to try this diet over any other. There are 4 phases, there is A LOT of flexibility and it uses healthy foods, but the way it works is that it eventually allows you to eat what you want and still lose weight VERY rapidly, even faster than the Doctor’s diet.

Bottom line, the Doctor’s diet is good, but I doubt it’ll be sustainable. I’ll certainly be writing up an official review once it comes out, but I’m sure this preview is almost on the money when it comes to this plan. And even if it’s not, the alternative I recommend will most likely be better. It’s beaten every other diet so far…